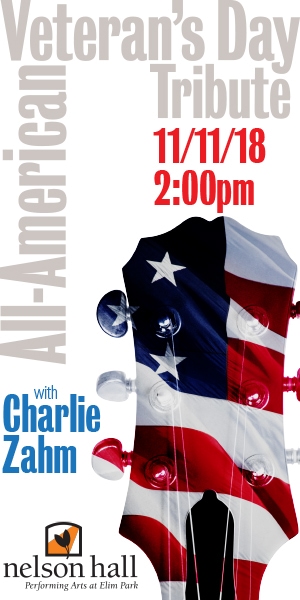 With a baritone voice some have described as “coming along once in a generation,” Charlie has become one of the most successful performers on the Celtic festival circuit, and he’s bringing his voice (and his guitar) back to Nelson Hall for an eclectic medley of American music, from Colonial times to folk to modern-day patriotic and country music. Charlie’s original song “Prayer for a Soldier” will be part of this moving Veterans’ Day tribute, along
with Tad Marks on fiddle and Steve Hobson on guitar.

“Charlie represents an excellence in music that far transcends most of what you hear on the radio these days.”
—Ken Carpenter, Nashville filmmaker/producer