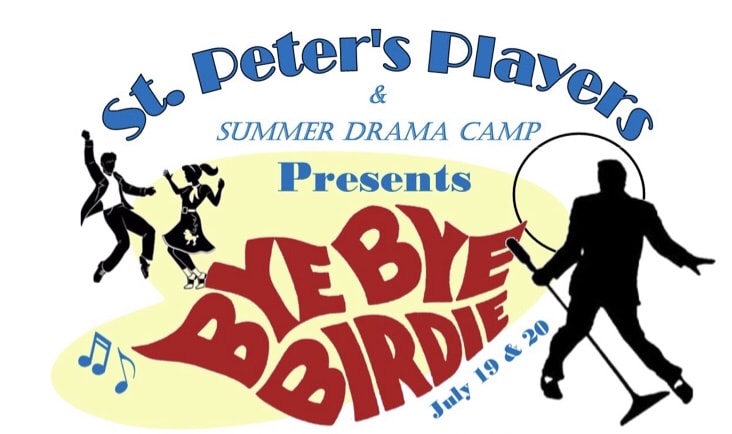 St. Peter’s Players and Drama Camp is an intergenerational theater group for teens and adults with a theater camp for ages 9-14. The cast is composed of members of St. Peter’s Church, Cheshire and members of the surrounding communities. Set in in the 1960’s, Conrad Birdie, America’s rock-n-roll heartthrob, is drafted in the U.S. Army, heads to small town America where he will publicly kiss teen fan Kim McAffee. A publicity stunt hatched by Birdie’s manager, Albert Peterson, to ensure he survives his only client’s departure. Featuring a tuneful high-energy score with favorites including, “Put on a Happy Face”, “One Last Kiss”, and “A Lot of Livin’ to Do”.