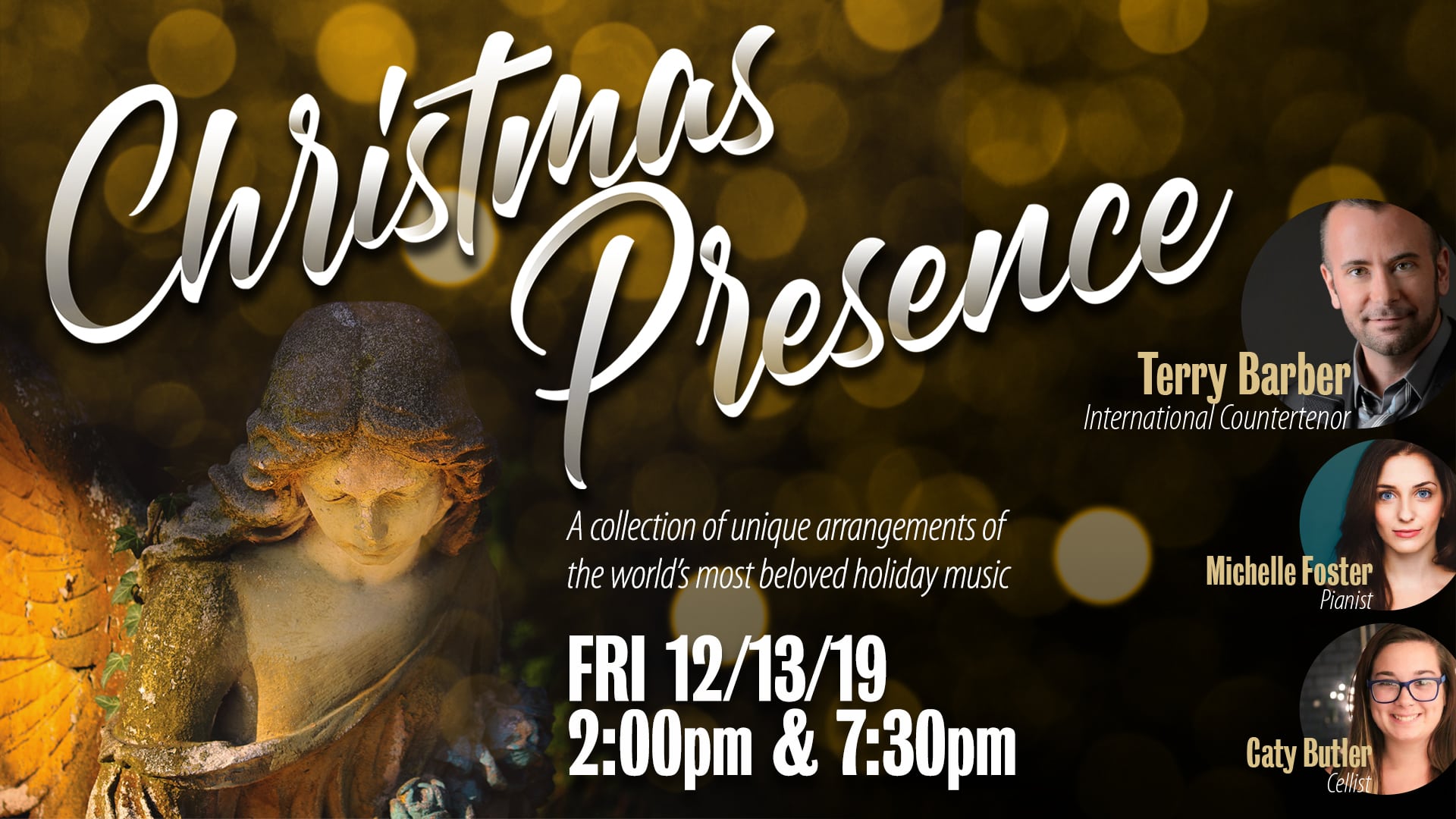 A remarkable Christmas concert with 6 Time Grammy-Nominee, Terry Barber, featuring classics like “O Holy Night” Terry is a former member of the 2 time, Grammy winning group “Chanticleer” and he’s been nominated for 6 Grammy Awards for his Christmas album Christmas Presence. He sings in 14 different languages and has performed at the Metropolitan Opera, Carnegie Hall and Moscow’s Svetlanov Hall. His voice can be heard on every major record label with a variety of artists from Madonna to the London Philharmonic.
One audience member said it best, “if angels can sing then Terry should be given wings!” The performance at Nelson Hall Theatre will be accompanied by piano and cello. 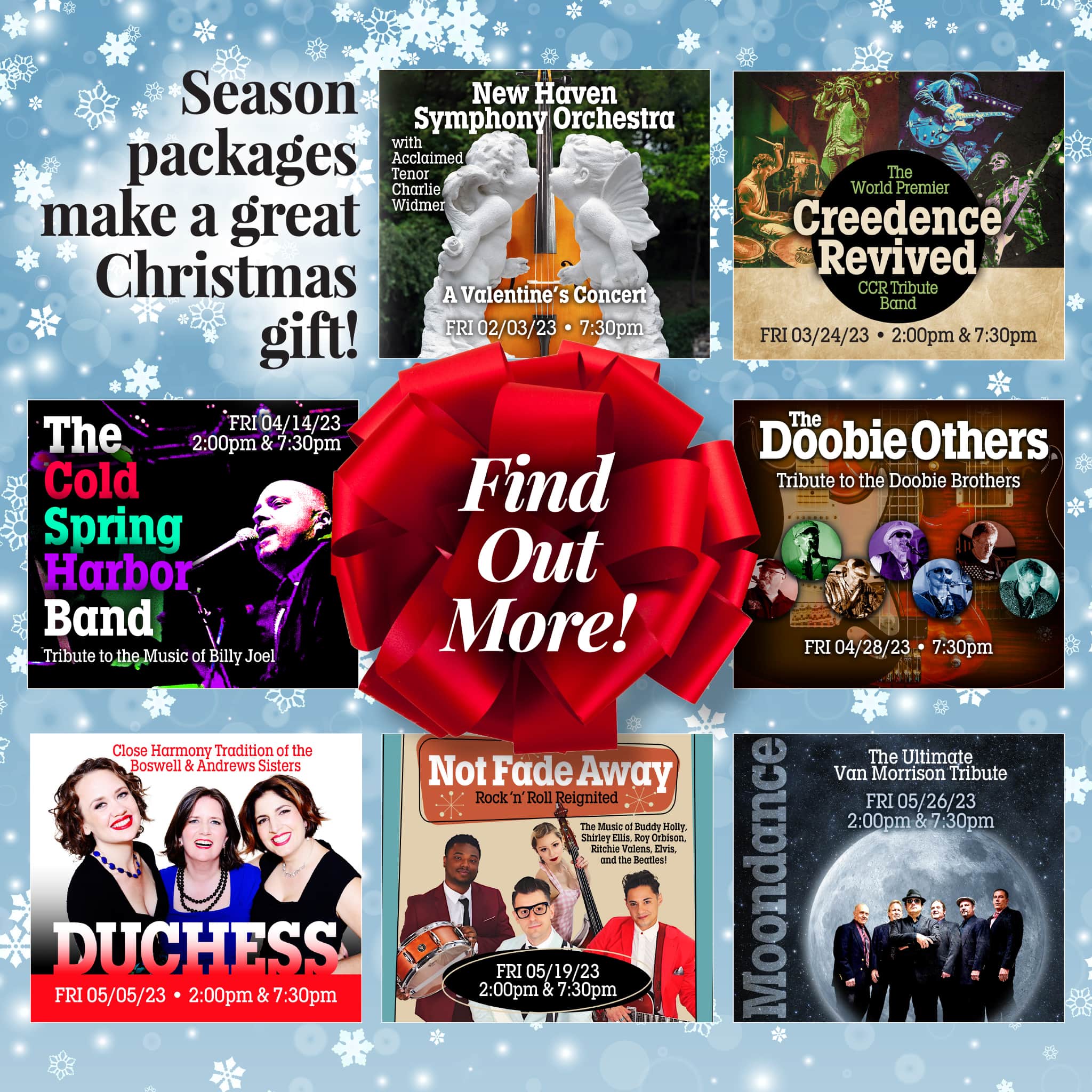